Yo no he visto la estrella Michelín

Not perfect, but very good

Everything was basically cooked to perfection at Riff, but not everything was that interesting.
Before our "menu Riff" at €59, we started out with plenty of amuses bouches, first in the form of a slice of smoked tuna with mayonnaise made without eggs and with almond oil. Neither was anything out of the ordinary, and the mayonnaise had no flavour at all.
The third amouse bouche, karrywurst made with chicken, was a lot better. There was a bit too much marjoram in there, but otherwise they had really, really nice flavour. Accompanying it we had a celeriac soup with caramelised sweet onions, which was very simple, but really, really delicious. It was very light and foamy and perfectly balanced. Those two things could easily be expanded into a dish on its own, as it actually was some of the best food we had all night.

Our first proper course, tuna tartar, was admittedly something I wouldn't have chosen if it had been a la carte. Although I like sushi, I practically never eat raw fish, as it tends to be very low on flavour. The same here. There were a few mushrooms on top, which didn't have much flavour either, and the few dots of mayonnaise were simply not enough.
Then in came my favourite: Smoked potato mash with squid. The dish was a little bit too salty, but otherwise really great. The lightly smoked potatoes matched the sweet squid great. One thing I would change though, besides the amount of salt, was that I would serve it with more of the small very tender tentacles (there was only one) than the larger, more chewy, ones (there were three).
Next course was fish. As I didn't like mussels, they gave me one with beans instead. The fish was covered with seeds (sesame, sunflower, etc.), which produced a great result. The seeds did overpower the fish a little bit, but I didn't care. This was great! The accompanying beans were fine, but nothing spectacular at all. Nevertheless, they worked quite well with the fish.

Complementary of the kitchen, we had an extra course, which was skate with lentils and a vinaigrette of potatoes. The skate itself had very nice flavour and texture, but the rest was quite forgettable.
Then came my least favourite of the night: "Creamy rice with oyster". Eating this dish, I realised that I don't like oyster, but that's my business. Reading "creamy rice" on the menu, I had expected something like a risotto. Instead, we got something like paella rice in a soupy liquid. It wasn't creamy at all. The flavour of the rice seemed a little bit like a paella, but not quite as good as the best ones, and as there was just one oyster and the rest was just rice, I quickly lost interest. This was also my companion's least favourite.

Luckily, this disappointment was followed by the second best course of the evening: Lamb. I had expected a small, artsy slice/tournedos of lamb accompanied by something, but it was simply a big slab of meat with nothing but one semi-dried tomato on top. Then they poured a sauce with Arabian spices around it. I had to ask about the spices afterwards, as I could only taste cumin. Apparently, it also contained coriander and cinnamon. The lamb itself was wonderful. They had cooked it for 36 hours at 62 degrees, and the result was an extremely tender slab of meat. Definitely, some of the best lamb I have ever had!

Then again we had an extra course in the form of a small glass of mango mousse with a bit of chocolate + roasted macadamia nuts on the side. The mango was a little bit too sour for me, and the chocolate seemed almost absent, but nevertheless quite nice.
Our real dessert was ice cream accompanied by lychees and a rosewater jelly. The texture of the ice cream was simply to die for, but not the flavour. Even though I didn't mix it with the other components, I simply couldn't place the flavour. I think it was lemon. Using lemon a lot myself, I know that too much lemon juice can easily make something uneatable because of the sourness, so maybe they didn't want to overdo it here. It was simply too mild. It did also taste a little bit like UHT cream, but as I can't seem to find fresh cream anywhere in Valencia (or maybe all of Spain?), Riff probably had the same problem. The rose water jelly was not my thing. To me, rose water can easily seem like eating a bar of soap, and if you use it, you should be very, very careful with the amount. Here it was too much for me too. Pairing it with lychees, however, was a great, although maybe obvious, choice.
After the dessert we had a simple, small chocolate muffin. The chocolate flavour was very well balanced.

Then there was wine, service and value. Service was good enough to get a tip, but for me the language was the main barrier (I really, really need to learn Spanish). A young waitress did speak a little bit of English, but the older waitress who was in charge of the wine didn't seem to speak any English, and she didn't seem very happy either. I really liked, however, that the chef came out and took our orders, asked if we would like to change something in the menu, served some of the dishes, and asked us about the food we had eaten. My Spanish companion seemed to basically agree with me about the food, but maybe he enjoyed the service more as he speaks Spanish.
What I really liked about Sangonereta, La Sucursal, and Victor Gutiérrez in Salamanca was that I explained to them what type of wine I liked, and then they let me try two different ones before I decided. Here they didn't really ask (baring in mind the language barrier, though), they just served something. I suppose we could just have asked, but my companion and I each had two glasses of wine, and his were apparently 8 euro each, whereas mine were only 5 each. Charging us for bread seemed a bit silly, as they only served us two slices each, and one of them was an accompaniment to the amuses bouches. The second slice was very plain (which was probably why we only ate those two slices), but apparently we couldn't chose from a range like in certain other restaurants. Despite the wine and bread, the amount of "extras" in the form of food did make the value better. €59 for the menu, and we ended up paying €77 each.

All in all, despite my criticism a very nice meal that made us very full. Very good produce, but not always paired with the most interesting accompaniments. Michelin restaurants tend to serve mild food to make sure it's "perfect", but I prefer more intensity (although not spicy food). Therefore, my best meal in Valencia was still at Sangonereta, also because my memory of my meal at Riff faded a bit quickly. Riff would rate number 3 (after Ca' Sento). Although not perfect, I would like to come to Riff again someday. 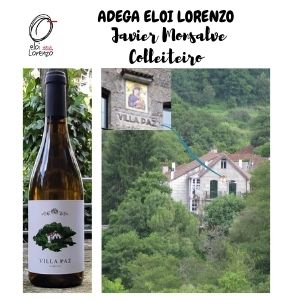 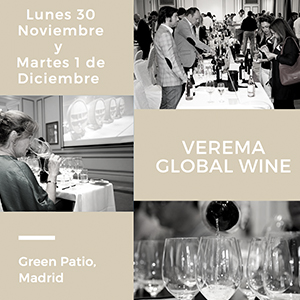